What Kanye West's Actions Teach Us About Emotional Abuse and Harassment 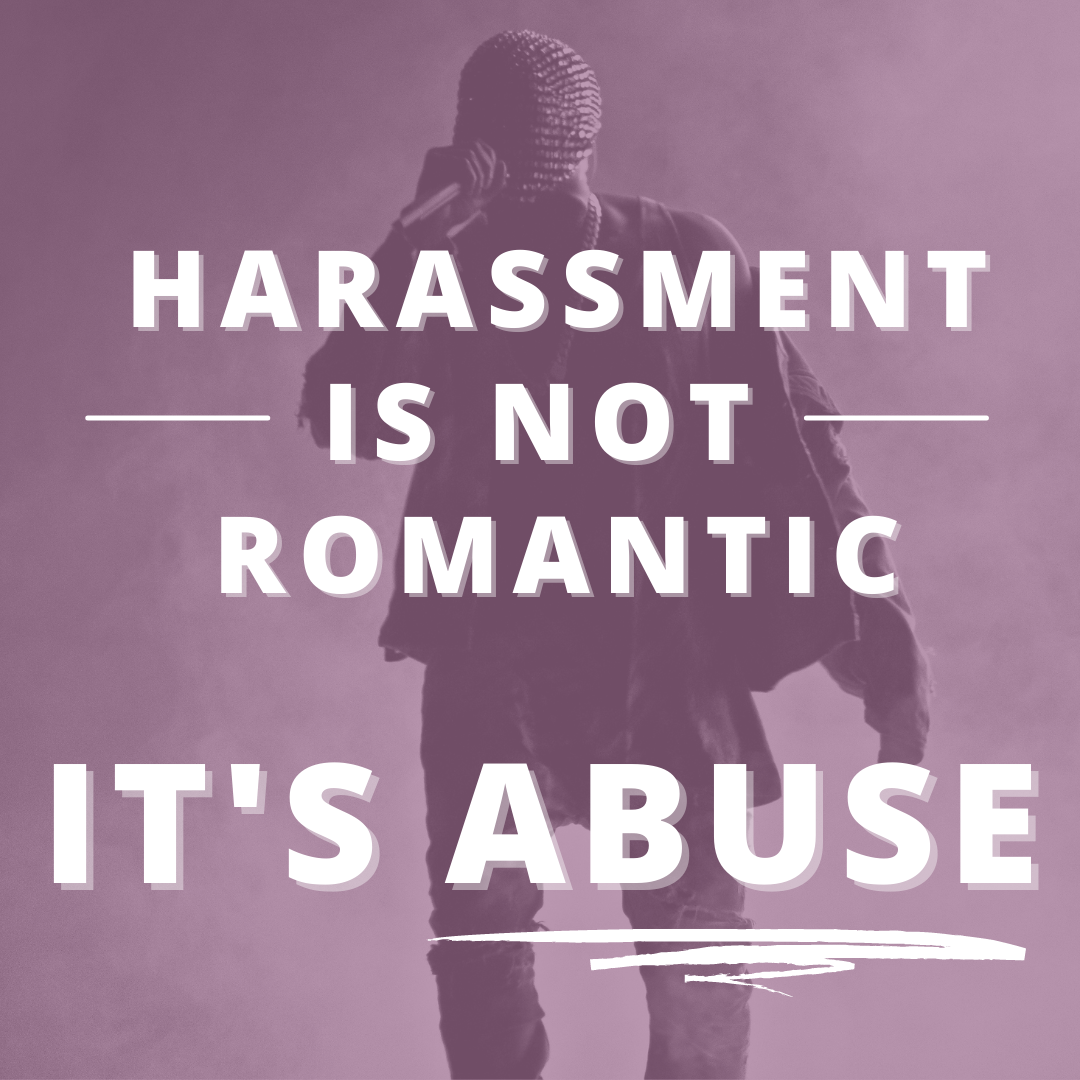 Imagine a friend of mine is going through a divorce. Imagine I told you that her ex-husband has been harassing her online in social media posts, threatening her new boyfriend, and even purchased a house across the street from her so he can always be close to her. You would think this sounds like harassment and emotional abuse, right? Because it is.

But what if I told you the name of this friend is Kim Kardashian and that the ex is Kanye West? (Note: I am not actually friends with Kim Kardashian.) Once we remove the veil of fame and celebrity, we begin to see these actions through a very different lens.

Many people have been entertained by the recent divorce drama between Kim Kardashian and Kanye West. How do I know? Because multiple times throughout this entire saga those involved have been trending on Twitter or Kanye has been the most searched term on Google. But while many might think of it as reality TV, as something sensational and fun because of the distance between themselves and these celebrities, this situation highlights an all-too-real problem of emotional abuse and is by no means a laughing matter. For many women who’ve come out of abusive relationships, it’s triggering.

Much has been discussed about Kanye’s mental state, and while I am not an expert in psychology, no matter the struggles the rapper is going through, mental illness is no excuse for abuse. There are plenty of people living with mental illness who do not abuse their partners, family, and friends. Some might mistake Kanye’s outpouring of gifts to Kim as love, but this is an example of ‘love bombing,’ where someone attempts to influence someone else with an abundance of affection. It’s what cults do to control new recruits. And because he posts photos of a truck filled with roses for Kim and makes this a very public divorce rather than granting Kim’s wishes to keep it private, he attempts to control the narrative in his favor, which has resulted in Kim enduring further abuse from complete strangers.

Even more upsetting have been the blatant threats to Kim’s newest boyfriend, Pete Davidson, and his encouragement of fans to share in these violent threats. These dangerous and aggressive behaviors are often seen in abusers who refuse to accept that they no longer have control and power over their partner.

So what do we take away from this situation? What can we do to help?

While I strongly encourage authorities to take a deeper look into the legality of the perpetrator’s actions, even if his name is Kanye West, that’s not something that’s in our control today. There are real, tangible things that we can do right now to help victims, to support survivors, and to educate the public on the very real issue of emotional abuse.

FOR ALLIES:
Those who are allies can step back and remember that celebrities are people and they are not immune to abuse like non-celebrities. When in the presence of someone who makes fun of Kim and Kanye’s situation, they can reiterate that it’s emotional abuse and that it’s not okay. They can also look closer at the way abusive behaviors seep into our everyday interactions and communities and support survivors by calling out this abuse.

FOR SURVIVORS:
Those who have experienced abuse in the past and are going through PTSD via Kim and Kanye’s situation should hide their names on all social media sites (on Twitter you can mute a hashtag or name so that you don’t see notifications or tweets about them). In fact, they might even consider taking a break from social media altogether for a while, or if that’s not something they are interested in, find a Facebook group of survivors of abuse to lean on during this triggering time.

FOR VICTIMS:
And finally those who might recognize themselves in Kim’s situation should seek help before the abuse escalates even further. Women who have separated from their husbands are three times more likely to be assaulted than women who are divorced and 25 more times to be assaulted than married women. Organizations like CAPSEA are equipped to help with counseling, support, and other victim services. Help is available 24 hours a day.

FOR EVERYONE:
Take some time this week to familiarize yourself with emotional abuse. What it is. How it affects victims. How it’s weaponized by abusers. How frequently emotional abuse precedes physical abuse. The better we are equipped to recognize this widely used form of abuse, the more we can help victims.

Thank you for allowing me to share my thoughts on this issue. 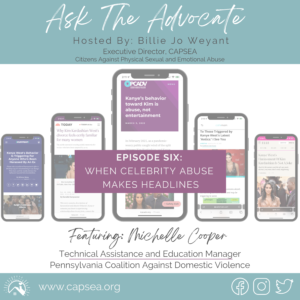 Billie Jo Weyant, CAPSEA, and Michelle Cooper, PCADV, discuss the damaging messages that the Kim and Kanye divorce drama is sending to victims of abuse and the dynamics of healthy vs. unhealthy relationships. 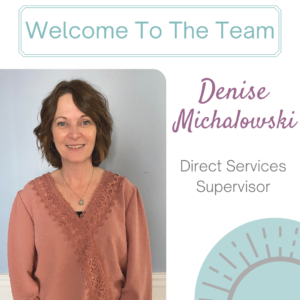 Welcome To The Team: Denise Michalowski 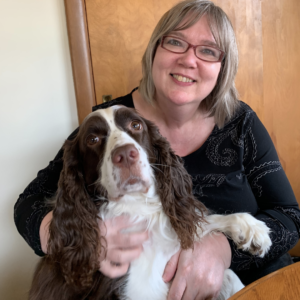 Past CAPSEA client (and now current CAPSEA employee) Sherrie shares her story and how CAPSEA was there for her when she needed them.