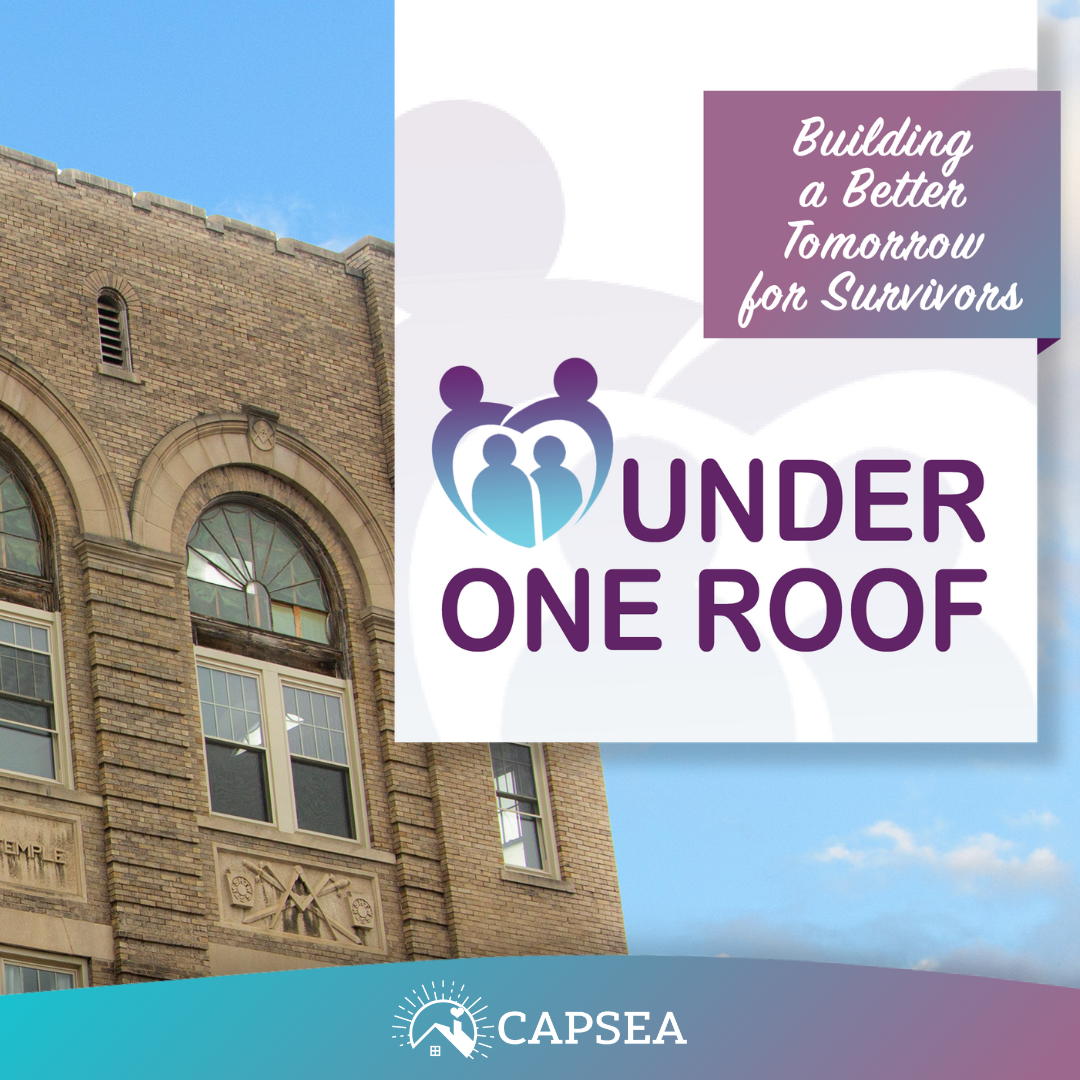 (RIDGWAY, PA)   August 19, 2022)  –  With 40-year record inflation and families facing difficult post-pandemic transitions, life-saving and mental health support for survivors of domestic violence and sexual assault remains at an all-time high. Today, CAPSEA, an Elk and Cameron County based nonprofit that supports survivors from all stages of need, announced a bold capital fundraising campaign. Called ‘Under One Roof’, the campaign seeks to raise $4 million to increase staff capacity, service offerings and ultimately house all of its advocacy services under one healing environment. The effort was made possible after Senator Bob Casey announced a $1.1 million appropriation to help jumpstart the nonprofit’s effort.

“Having one ‘home’ to provide seamless care for the people we meet during their most vulnerable life moments has been a dream of ours for decades. Disjointed services offered in multiple buildings results in victims being shuffled back and forth and in our rural location, a lack of transportation options means that disparities widen,”  said Billie Jo Weyant,  CAPSEA’s Executive Director, whose organization has been in service for over 40 years.  “By investing in a new facility that houses the entirety of CAPSEA’s services under one roof, we are able to provide victims with the dignified, safe and streamlined support they deserve.”

“CAPSEA provides vital resources to rural Pennsylvanians who, in many cases, have nowhere else to turn,” said Senator Casey. “This appropriations funding will allow CAPSEA to expand housing, medical care and trauma-based counseling, and legal advocacy services to survivors of sexual assault, domestic violence and more. I was proud to advocate for this project in the upcoming federal spending bill and I will keep working to get this funding over the finish line.”

CAPSEA has purchased and will renovate the former Udarbe Business Towers, a 37,500 square foot building, located at 9 South Mill Street, into a full-service care center. The current CAPSEA facilities consist of a single-family home which is utilized as an emergency shelter and rented office space across the street. With the exception of minor upgrades, the emergency shelter has remained unchanged since 1988. Due to a lack of space, several rooms in the office space are double or triple occupancy.  Senator Casey’s funding appropriation will support the new ‘homebase’ for survivors, which will increase capacity for  emergency and transitional housing, medical and legal advocacy services and the nonprofit’s innovative counseling services, including Traumatic Incident Reduction Services (TIR), which helps survivors face their trauma head on in order to heal. CAPSEA is the first agency in the US to provide all five levels of TIR free of charge and the only TIR provider in Pennsylvania.

“As local families struggle with inflation, substance use disorders and related mental health problems, CAPSEA needs as much funding support as possible now as their counselors are on the front lines,”  said State Representative Mike Armanini. “I want to commend CAPSEA and all of their employees who are true community heroes and congratulate them on being one step closer to realizing their dreams of caring for all survivors under one roof.”

CAPSEA’s efforts to keep up with pandemic-related demand for services has been supported by generous funders including the Stackpole-Hall Foundation, the Elk County Community Foundation, the St. Marys Area United Way and individual giving. Its Under One Roof capital campaign will launch this fall.